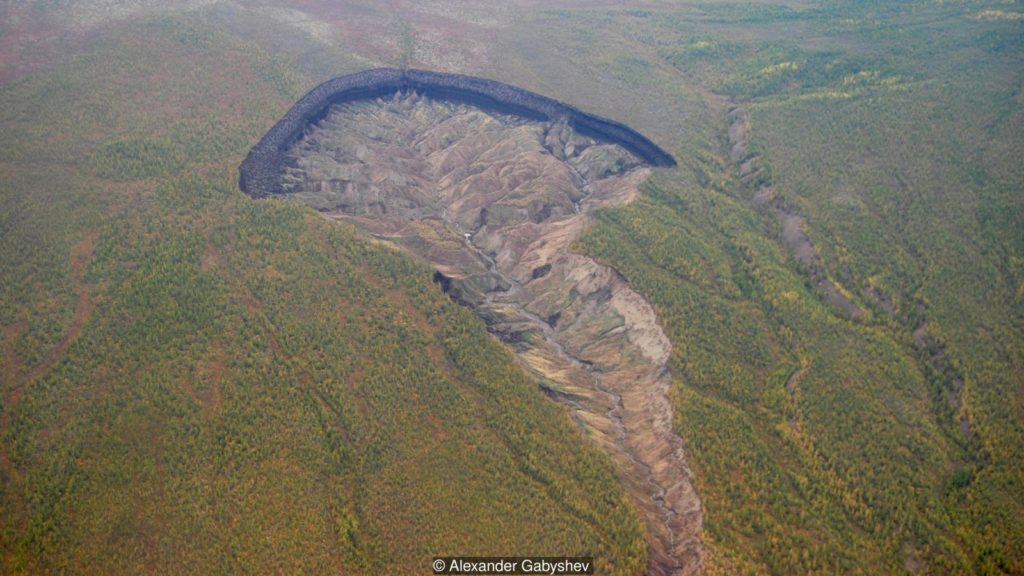 The Batagaika crater is a thermokarst depression in the form of a one kilometre-long gash up to 100 metres deep, and growing, in the East Siberian taiga, in the Sakha Republic in Russia. The land began to sink due to the thawing permafrost in the 1960s after the surrounding forest was cleared. Flooding also contributed to the enlargement of the crater. Archeologists have found ice age fossils buried in the mud around the rim of the crater. The rim is extremely unstable as there are regular landslides into the crater and the permafrost is constantly thawing. The crater is currently growing in size. Source: Wikipedia.