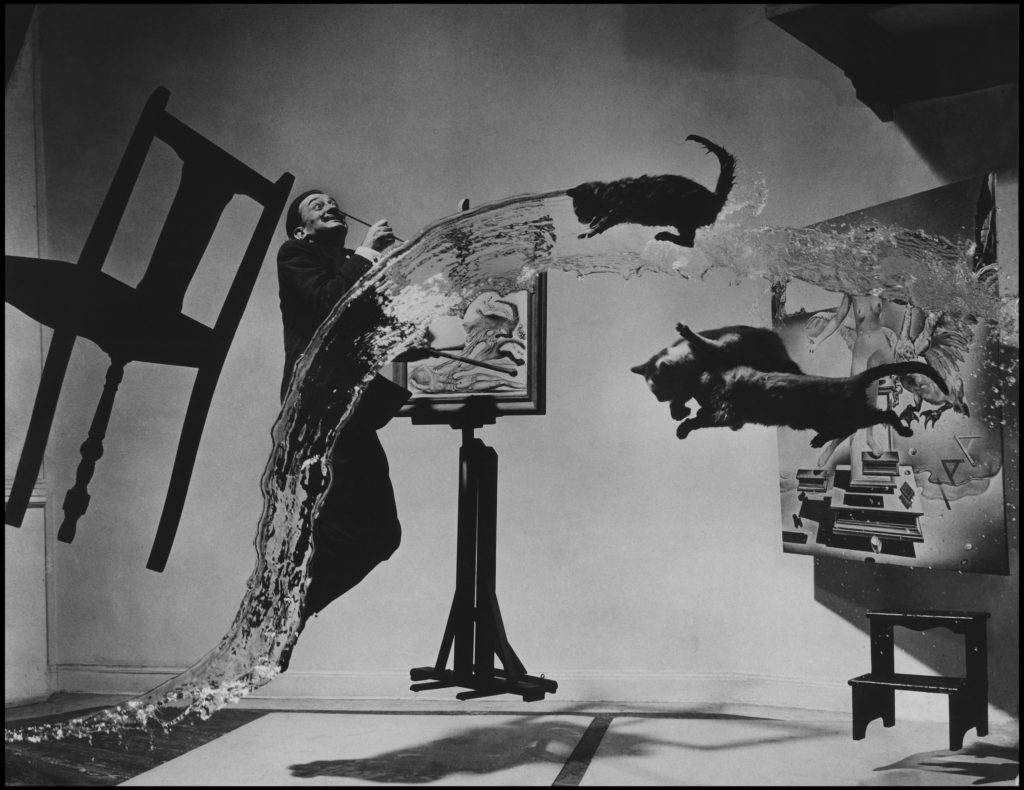 In 1941, American photographer Philippe Halsman met the surrealist artist Salvador Dalí in New York City and they began to collaborate in the late 1940s. The 1948 work Dali Atomicus explores the idea of suspension, depicting three cats flying, water thrown from a bucket, an easel, a footstool and Salvador Dalí all seemingly suspended in mid-air. The title of the photograph is a reference to Dalí’s work Leda Atomica (at that which can be seen in the right of the photograph behind the two cats). Halsman reported that it took 28 attempts to be satisfied with the result. (Source : Wikipedia)