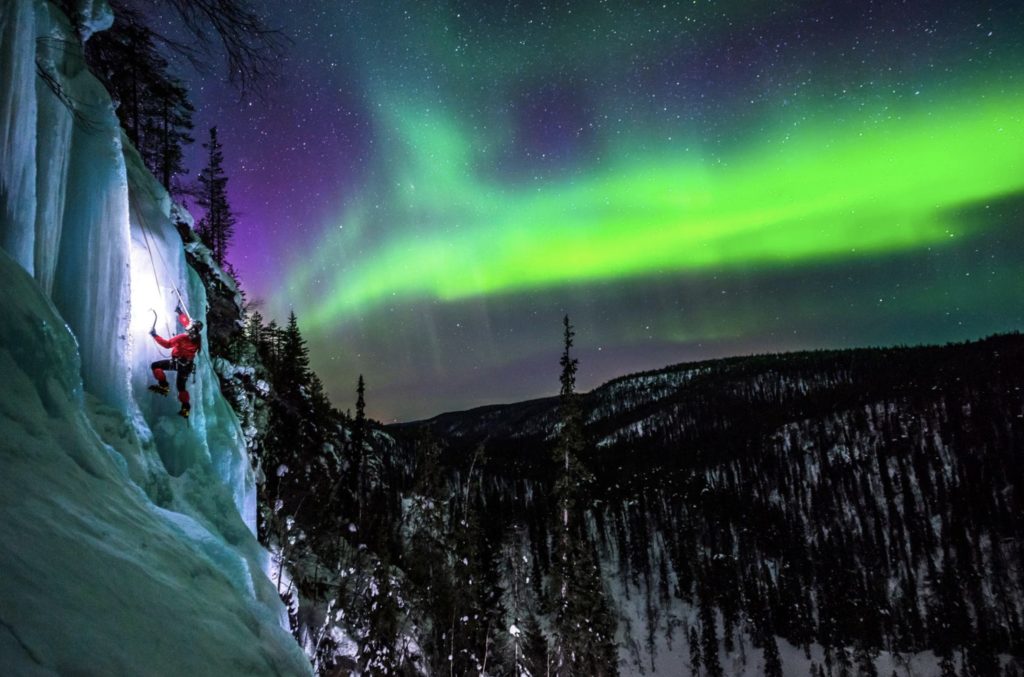 “I couldn’t believe what was happening in front of my eyes, my friend climbing a massive ice wall under one of the most beautiful and strongest displays of Northern Lights I’ve ever seen” says photographer Nicolás Pina Calvin of this photo he took of ice climber Daniel Herrera climbing a wall of ice under the Aurora Borealis in Lapland, Finland. Calvin had been thinking of capturing a photograph like this for some time but there were more than a few challenges to make it all come together. “It wasn’t an easy task because it was already night and I had to be facing to the North. When I was in position, I screwed two anchors to the ice to secure myself and the gear, and I stayed there hanging from the wall. After an hour of hanging from the wall at -25 °C, Daniel was ready to climb and the display over our heads was unbelievable.”