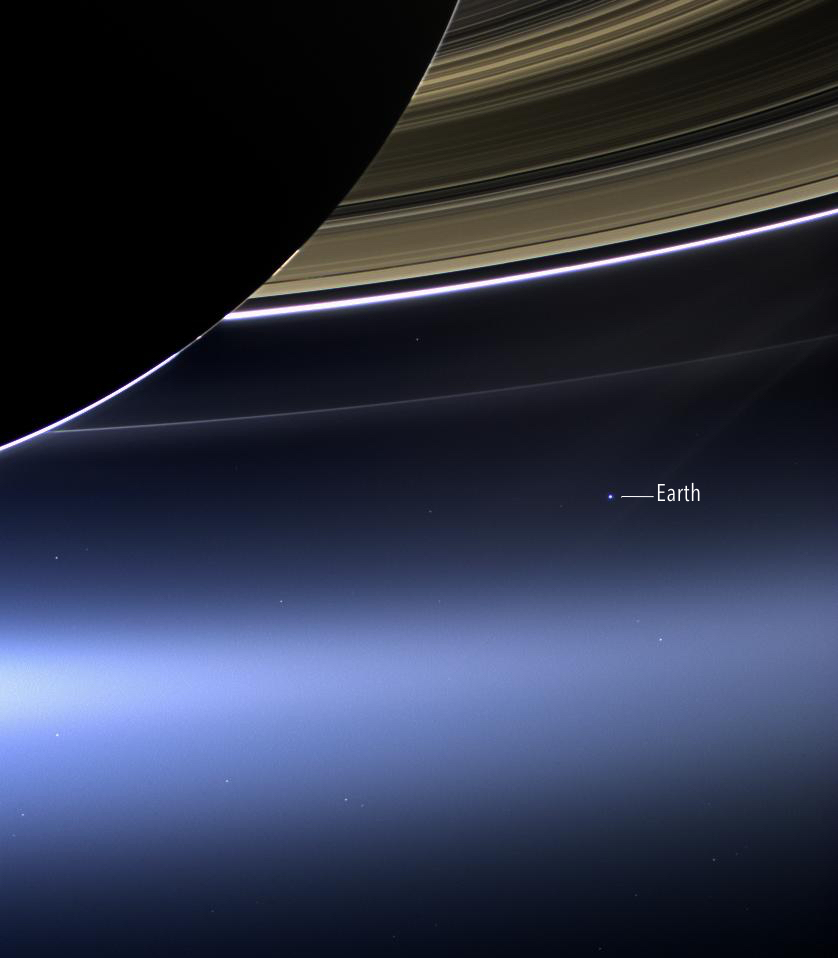 On July 19, 2013, NASA spacecraft got one rare and unique view of Earth. While exploring Saturn, NASA’s Cassini spacecraft took the image of Earth from a distance of about 1.45 billion kilometers away. The Cassini view is the third-ever image of Earth from the outer solar system. Views of Earth from distant planets are rare because our planet is so close to the Sun. Sunlight would damage the spacecraft’s sensitive imagers, so they are rarely pointed homeward. On July 19, however, Cassini was positioned so that Saturn blocked the Sun’s light while Earth was within the spacecraft’s field of view. Sunlight glimmers around the giant planet’s limb and lights its icy, dusty rings. The sunlit Earth is light blue. The Moon is a faint white dot to the side.