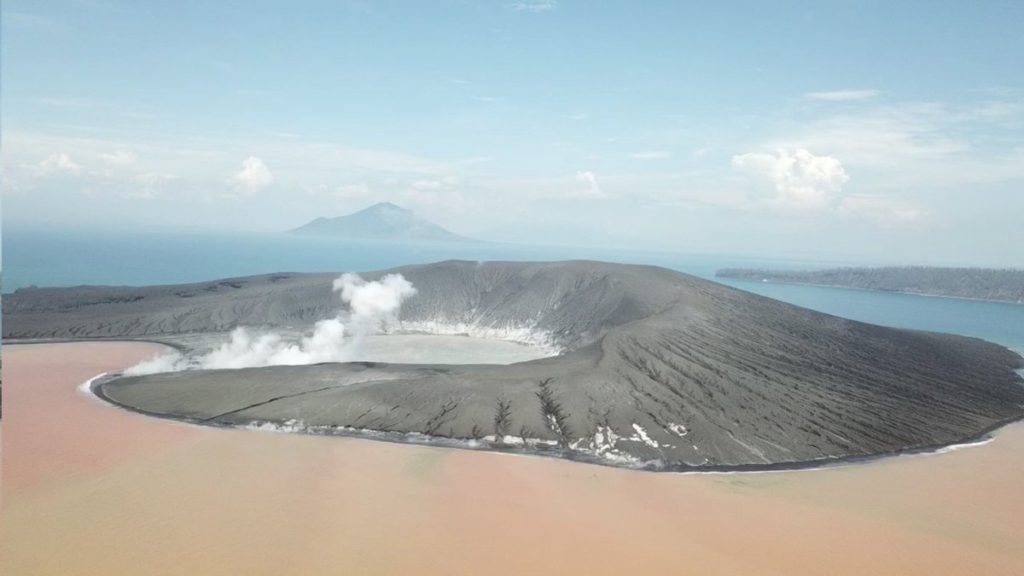 This very dangerous volcano is the child of the old Krakatoa that erupted in 1883. It was the most powerful recorded volcanic eruption of all times and it killed thousands of people. On August 2018, its child Anak Krakatoa erupted again, and again it killed lots of people. This volcano has an explosive activity. This photograph taken in January 2019 shows what the volcano looks like now, just after another eruption.

Indonesia is located on the Pacific Ring of Fire. The country has 127 active volcanoes.