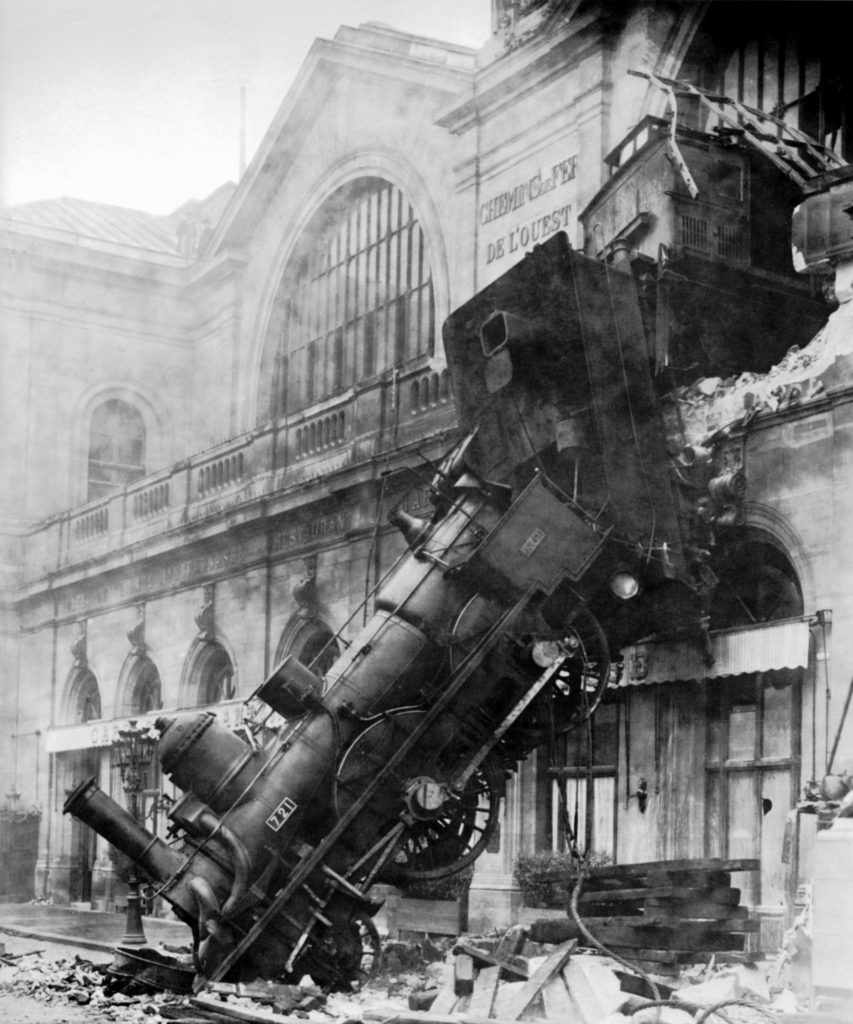 The Montparnasse derailment occurred at 16:00 on 22 October 1895 when the Granville–Paris Express overran the buffer stop at its Gare Montparnasse terminus. With the train several minutes late and the driver trying to make up for lost time, it entered the station too fast and the train air brake failed to stop it. After running through the buffer stop, the train crossed the station concourse and crashed through the station wall; the locomotive fell onto the Place de Rennes below, where it stood on its nose. A woman in the street below was killed by falling masonry.