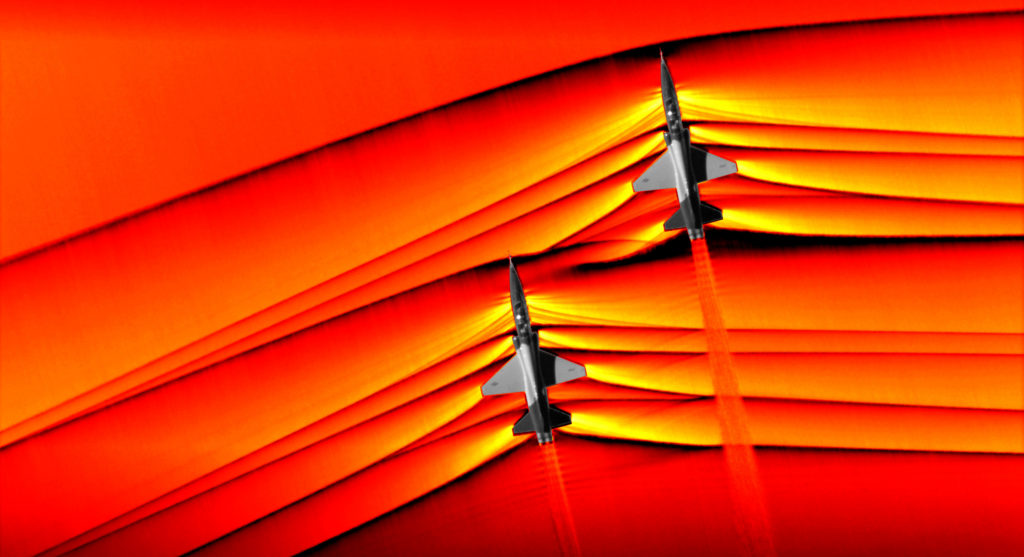 Spread the love
Using the schlieren photography technique, NASA was able to capture the first air-to-air images of the interaction of shockwaves from two supersonic aircraft flying in formation. These two U.S. Air Force Test Pilot School T-38 aircraft are flying in formation, approximately 9 meters apart, at supersonic speeds, or faster than the speed of sound, producing shockwaves that are typically heard on the ground as a sonic boom. The images, originally monochromatic and shown here as colorized composite images, were captured during a supersonic flight series flown, in part, to better understand how shocks interact with aircraft plumes, as well as with each other.
Credits: NASA