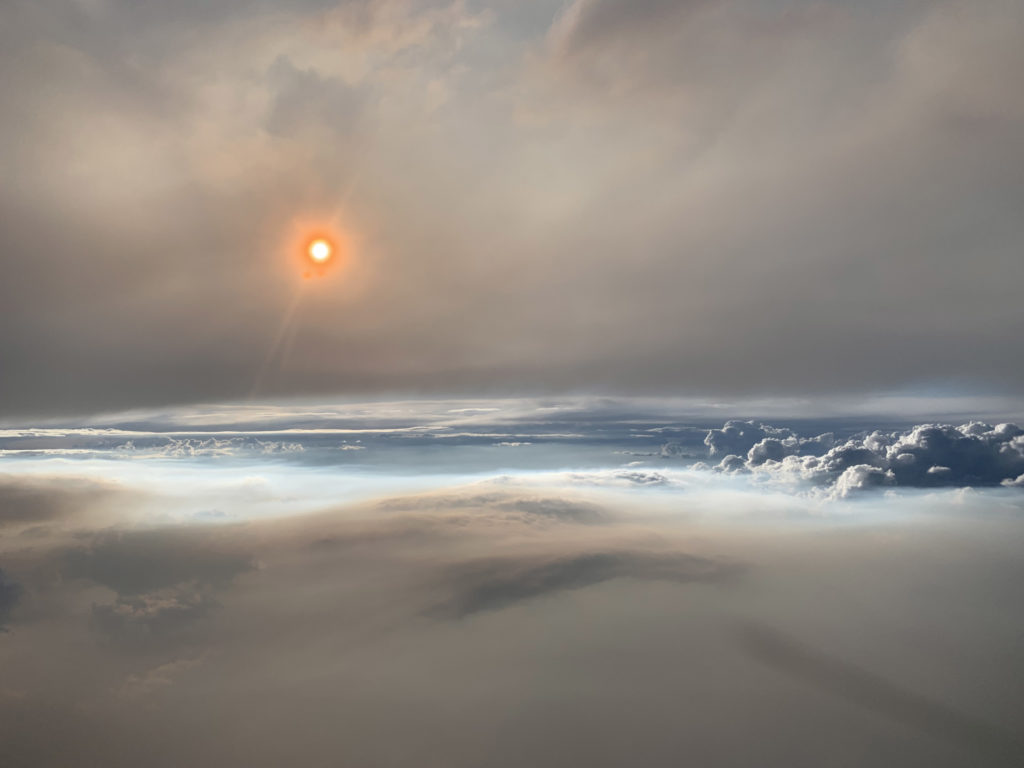 On August 8, 2019, a team of atmospheric scientists got an exceedingly rare look at these clouds as they were forming. NASA’s DC-8 flying laboratory passed directly through a large pyrocumulonimbus that day as it was rising from a fire in eastern Washington, USA. The flight was part of a joint NOAA and NASA field campaign called FIREX-AQ. Scientists are studying the composition and chemistry of smoke to better understand its impact on air quality and climate.