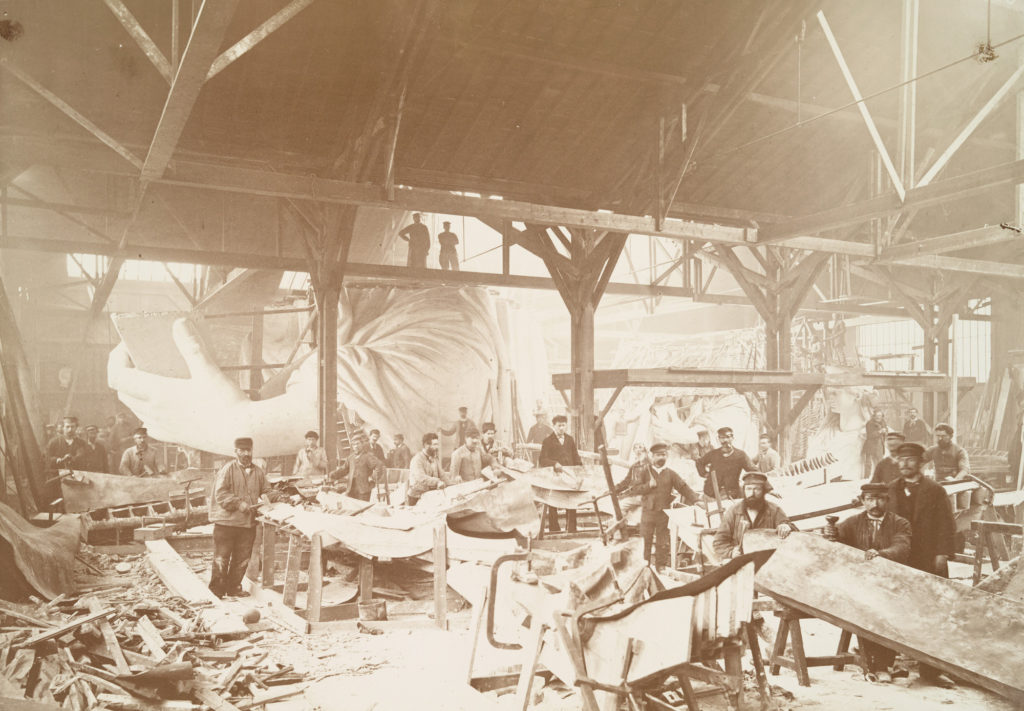 On October 28, 1886, the Statue of Liberty was inaugurated in New York, USA, in the presence of the then President, Grover Cleveland, former governor of New York, in front of 600 guests and thousands of spectators. No black people was invited to the inauguration of this monument supposedly to inspire the end of slavery, any more than Joseph Pulitzer, a Jew and foreigner, or women, hence the manifestation of suffragettes. It was Frédéric Desmons, then vice-president of the French Senate, who represented France at the inauguration.