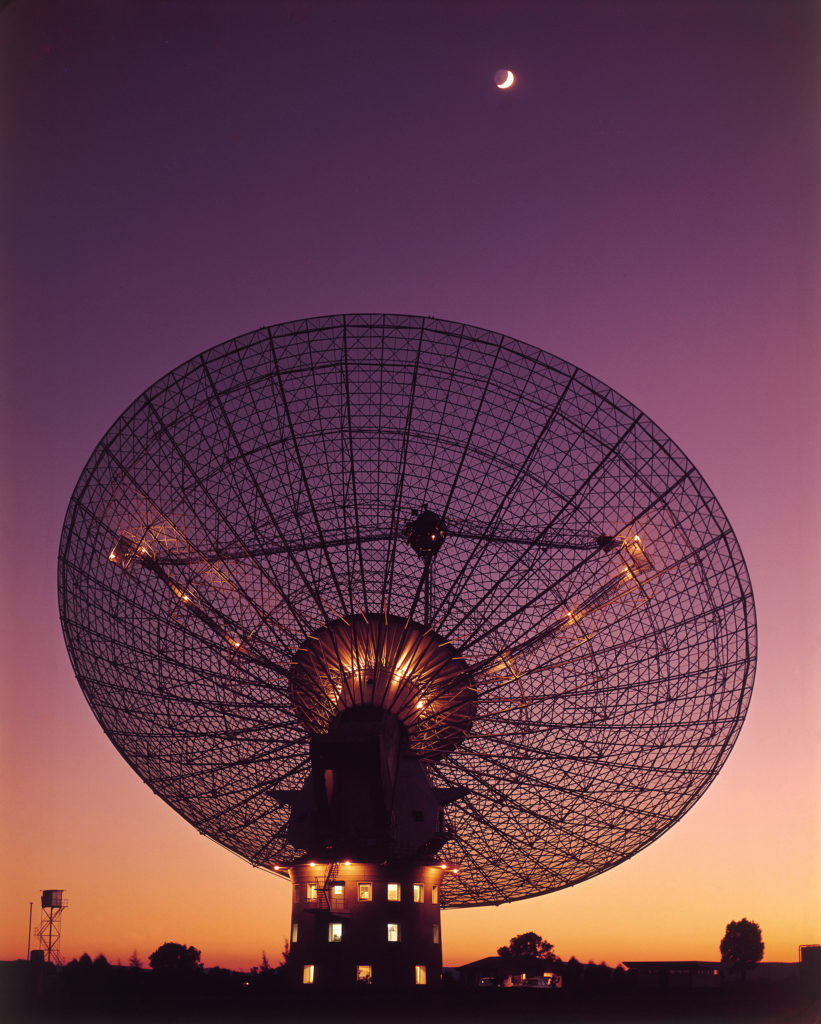 The 64 m radio telescope at Parkes Observatory, New South Wales, Australia, as seen in 1969, when it received signals from the Apollo 11 Moon landing. This photo, taken in 1969, shows the telescope as it was around the time of the first manned Moon landing. CSIRO’s Parkes radio telescope was officially opened on the 31 October 1961 by the Governor-General, Viscount De L’Isle forty years on, it is still one of the most advanced telescopes of its kind. A gigantic structure of steel and concrete, the telescope soars nearly 55 metres into the sky near Parkes, NSW. It played a crucial role in receiving signals during the Apollo 11 Moon landing in 1969, relaying them for broadcast to an audience of 600 million around the world. Source: Wikipedia.