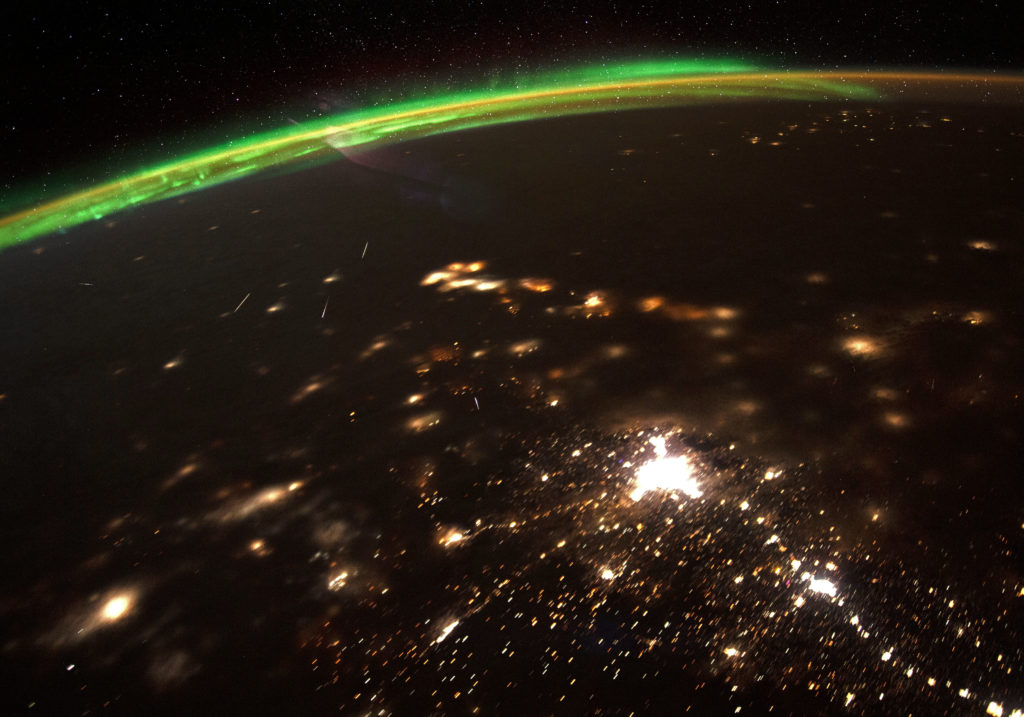 Every January, bits of asteroid 2003 EH1 cross paths with Earth’s orbit to create a beautiful annual meteor shower: the Quadrantids. As the fragments collide with our atmosphere, they disintegrate and create fiery and colorful streaks in the sky. On January 4, 2020, astronauts of the International Space Station (ISS) luckily saw the spectacle from above. Astronaut Christina Koch snapped this picture of the Quadrantids and an aurora borealis above Edmonton, Canada, in January 2020.