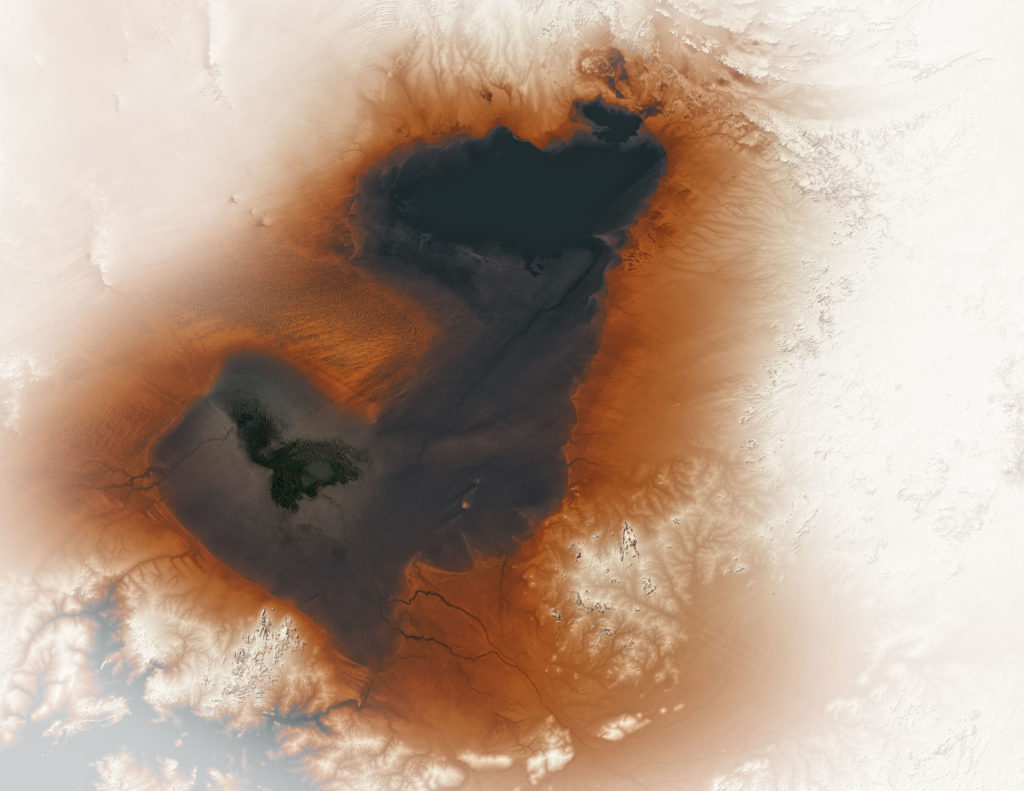 About 7,000 years ago, a vast lake spread hundreds of square kilometers across north-central Africa. Known to scientists as Lake Mega Chad, it covered more than 400,000 square kilometers at its peak, making it slightly larger than the Caspian Sea, the biggest lake on Earth today. Modern Lake Chad has shrunk to just a fraction of its former size, but evidence of the lake’s ancient shorelines is still etched into desert landscapes — hundreds of kilometers from the shores of the modern lake. Source: NASA Earth Observatory