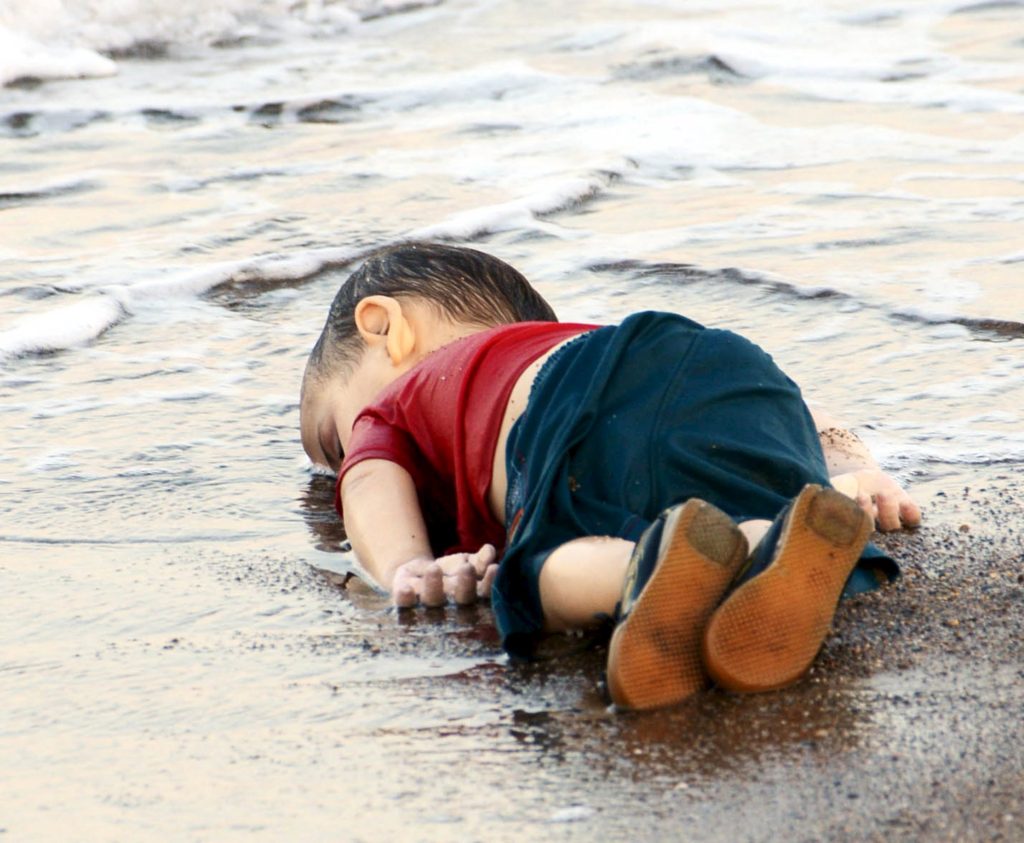 Alan Kurdi was a three-year-old Syrian boy of Kurdish ethnic background whose image made global headlines after he drowned on 2 September 2015 in the Mediterranean Sea. He and his family were Syrian refugees trying to reach Europe amid the European refugee crisis. Photographs of his body were taken by Turkish journalist Nilüfer Demir and quickly spread around the world, prompting international responses. Source: Wikipedia