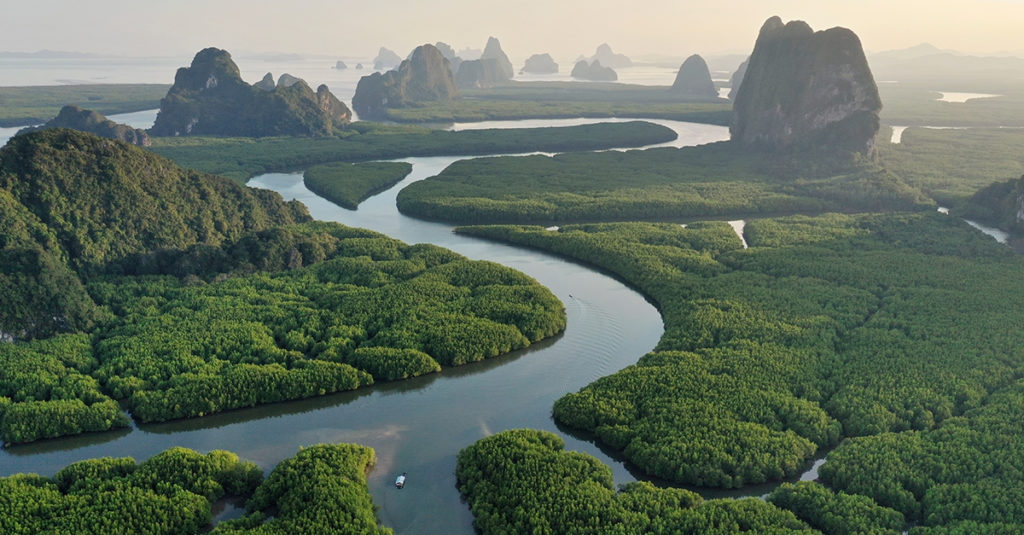 Ao Phang Nga National Park is located in Phang Nga Province, southern Thailand. Most of the park consists of an area of the Andaman Sea studded with numerous limestone tower karst islands. The best known of these islands is Khao Phing Kan, popularly called “James Bond Island” because it was used as a location for the James Bond movie The Man with the Golden Gun.
The dramatic appearance of the islands with their sheer sides has made the area a popular tourist attraction. The park also protects the largest area of native mangrove forest remaining in Thailand.
Source: Wikipedia